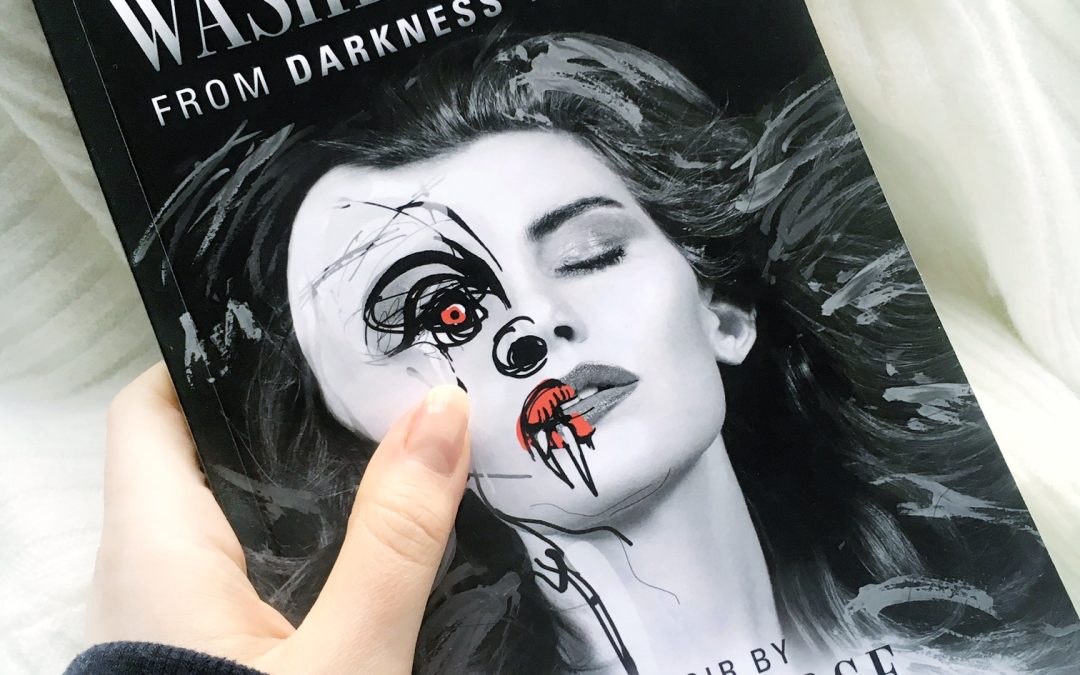 Washed Away: From Darkness to Light is a Memoir by former model Nikki Dubose. She has appeared in magazines such a Maxim, Glamour, Vogue and Vanity Fair and first suffered from an eating disorder at just eight years old.

Her childhood trauma of sexual abuse led to bulimia, various drug addictions and serious mental illness in later life. Although she boasted a high-flying career in the fashion industry, at the height of her success she was experiencing intense inner turmoil which she kept hidden from the world.

Talking about one performance on the catwalk she writes;

“As my feet carry me to the edge, I hear no sound, experience no sensation. Despite the music and commotion, I am lost in a dreamland. How long have I waited to arrive in this spectacular moment? I never imagined I would feel so numb, so vacant. Dozens of cameras pop and crackle as they capture the magnificent creature before them. I perform, but inside I feel trapped, imprisoned within my mind.”

Nikki describes the terrifying ‘whispers’ she hears when she’s on stage, the voices in her head which mock her every move. When met with praise she ignores everyone and instead of celebrating with champagne and dancing, she rushes home to her apartment to be alone. She only wants one thing, and that’s to binge on – and then purge – large amounts of food.

To say Nikki came from a broken home would be kind at best. Her parents separated early on and her mother sexually abused her and treated her as a buddy; someone to show off to as she performed sex acts in online chat rooms and hooked up with strangers in bars. This is just one of several people who took advantage of her innocence from a young age.

With such a tainted childhood, it’s no surprise that Nikki went looking for love in all the wrong places. Her struggle to meet the demands of how a model should look only exacerbated her eating disorder as well as her constant self-loathing.

As I read the history of Nikki’s eating disorder it became clear that it was not only a way to stay as thin as possible for the modelling world, but a form of physical release that she couldn’t get elsewhere. Her mental illness ultimately led to the physical condition which consumed her life.

Having lived with a hatred for my own body for most of my life and dieting since aged 17, this topic really hit home for me. I’ve never been diagnosed with an eating disorder but I know I’ve teetered on the edge, and so I empathised with the daily rituals she went through to hide her unhealthy behaviours.

“I binged and threw up in the shower or in paper bags that I kept in my bedroom. I was the smart one; Evelin and Vitor had no idea, especially when I hid the vomit in the paper bags. My knuckles and lips began to bleed and scar again, but I covered them with concealer. Whenever a make-up artist raised an eyebrow at the cuts, I said that I had an autoimmune disease.”

Nikki talks to the reader as though we are her closest ally. Throughout her illness she felt unable to share her troubles with anyone, so to have her talk intimately and in great detail about the things she’s endured is a privilege.

Reading her words is like being inside Nikki’s head. Her writing style is brutally honest and disturbing at times, a testament to not only what she has endured but also how difficult it must have been for her to relive these painful memories and put them down on paper.

I had no idea what to expect going into this book. I never thought I’d finish the thing in just a few days and feel so utterly connected to someone I’d never met. Knowing Nikki’s story has reminded me why I started to write about mental illness online, even though it often leaves me feeling vulnerable to expose myself to the world.

Although Washed Away is about championing the possibility of recovery, it’s my no means a self-help book. I’m not sure the world needs another one of those anyway. Often those of us with mental illness know deep down what steps need to be taken, but we just can’t imagine having the strength carry them out.

This book proves that we are indeed strong enough, and that even the darkest of times will lead to light.