Why does blogging need to be positive? 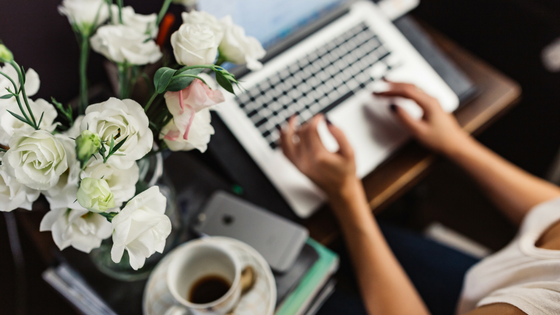 I’ve been blogging solidly without a break for about a month now. That’s a drop in the ocean compared to the celebrity bloggers out there who – after years of hard work – have found internet fame, book deals and personal assistants to do all their flat lay photography for them.

There’s a huge community of us small-time or start up bloggers now and the topic of discussion at the moment seems to be ‘positivity’.

To me, this seems to be the get-out clause for not actually giving an opinion on anything. It’s the broad brushstroke that will cover up bad experiences, feeling marginalised, scrutinised and anything else that could possibly be taken out of context and held against someone to question their character, which in blogging apparently must be squeaky clean.

In a world where our internet presence has become our ‘brand’, and the number of followers we have is what gives that brand ‘value’ it’s understandable why people shy away from talking truthfully about seemingly uncomfortable topics.

I recently read a post by Vix Medrew called Bloggers – Online vs. Real life which is written completely honestly, by a girl who attended an event and was surprised by how some well-known bloggers and You Tube stars acted in real life. She certainly let it all out in this post, and seemed quite angry and disappointed at how the day went down in her eyes.

When this post started doing the rounds on Twitter it really split people into two camps. There were a few famous bloggers retweeting the post, horrified that someone should have a bad word to say about the people who are deemed so ‘perfect’ by most people. Then there were other people saying well done and thanks, thanks for writing about an experience that they too had encountered, but hadn’t wanted to put out there in fear of judgement.

Who’s opinion is it anyway?

The point is that no one gets to tell you what your truth is, and if it’s not positive then it still needs to be talked about. If Vix says that’s how it went down, then respect to her for getting it off her chest. She probably knew she was going to lose a few followers or upset the odd reader but she wrote it anyway. It’s her opinion on her blog, and she’s entitled to that whether people deem it as unnecessarily negative or otherwise. It opened up a discussion about something that’s vaguely interesting in a world full of Kylie Jenner make up tutorials and bullet journal photographs.

Blogging doesn’t need more positivity, it needs more honesty. If you’re digging that new handbag you bought then blog about it. If it turned out to be crap then write that instead.

If you’re shitting yourself about starting university then blog about it. Don’t write posts about how you have your capsule wardrobe sorted and your carefully selected pineapple stationary to hand. Tell the world how you’re scared you’ll be alone, that you won’t fit in and might get lost on your first day. Because the chances are there’s plenty of people feeling exactly the same and they’re dying to connect with you.

Even if no one comments on your blog, the act of self-expression is important enough for you continue writing truthfully. When you finally let go and share honestly with the world online you will feel so free and more creatively fulfilled than ever before, because you’ve shared something that is unique to you, and that’s what will stick.

What are your thoughts on positivity in the blogging world?