Real women who inspire me 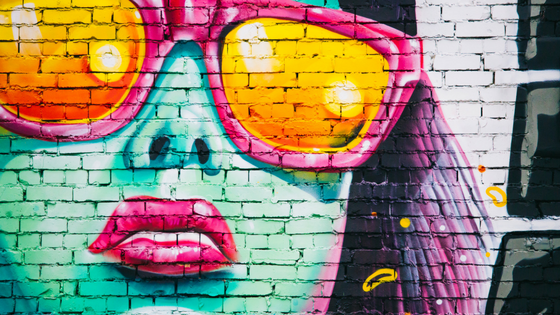 As soon as I typed up this blog post title I realised it was terrible. I need to explain myself. Who are these ‘real’ women I’m planning to talk about? What makes one woman more real than the next? Am I a real woman? I really did just knock-up this title hoping that people would get what I mean but I’m not even sure I really get what I mean.

Let me just preface this post by saying that whoever inspires you personally is a valid role model by default. If she makes you want to be a better person, entrepreneur, artist or a chimney-sweep then she is a real woman who deserves some attention.

It’s probably not a very popular thing to say as a writer, but I don’t read much fiction. I love reading about people’s lives, real experiences, anecdotes and unbelievable adventures from the past. Recently both Tina Fey and Amy Poehler have inspired me to write about what I know. Both of their books (Bossy Pants and Yes Please) were equally heartfelt and hilarious but still entirely relatable as a woman in the 21st century.

Their voices are both different. Amy is very much a ‘silver lining’ type of gal, seeing the hope and beauty in everything. This is a point of view I really admire, especially having made her name in an industry where rejection and self-hatred is commonplace. Tina on the other hand comes across as more sceptical, but seeing the funny side in every tale and I am in awe of her ability to tell great stories that make you laugh out loud.

I’m so angry that I’ve wasted the best part of the 30 years feeling uncomfortable in my own skin. I’ve been convinced that if I eat less and exercise more I can somehow alter my body into the idealistic shape we’ve all been sold as ‘perfect’. I’m also so thankful that women across the world have now been confident enough to proclaim the love they have for their bodies – no matter what shape or size. I am so grateful that these women have used their platforms to spread the message of acceptance for all bodies everywhere.

The first time I sat up and took notice was when I saw Ashley Graham. I mean the word beautiful doesn’t even come close to describing this lady. She is so cool, classy and down-to-earth. When she appeared on the cover of Sports Illustrated I felt like it was OK to be the size that I am, and that if I look at her and see beauty then maybe others do the same with me. My other body positivity idols are Grace Victory, Felicity Hayward and Katie Willcox to name a few.

Growing up I was always listening to male dominated music, but when I left home I was introduced to Rilo Kiley. I was into their music but when Jenny Lewis released her solo material I was really into it. Her first album Rabbit Fur Coat featuring The Watson Twins was a real celebration of powerful women. Three ladies singing the blues in harmony? Count me in.

Since then I’ve watched her explore different styles of writing – always genuine and moving – whilst never compromising her own integrity. Her style is laid-back, eclectic and completely her own. I can’t think of anyone who is like her and it makes me realise that it’s OK to be yourself, in fact people might even like you for it.

Who are you inspired by?