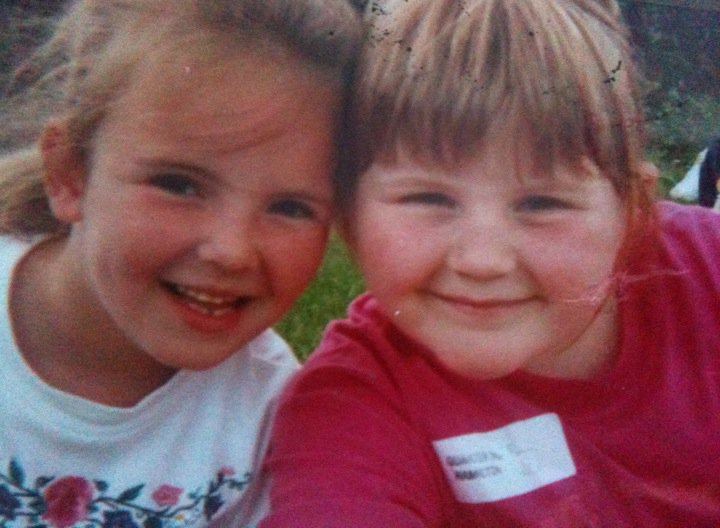 “Becoming a pop star will be difficult Fi” my Mum said.

I was about nine years old at the time, and one year deep into my obsession with the Spice Girls. “I know Mum, but I’m willing to put in the hard work” I said quite confidently, not having ever experienced a day’s work in my puff, never mind a day’s hard work. I wasted away my hours learning the dance routine to “Who do you think you are?” and planning my next outfit based on Geri Halliwell’s fashion history but I’d be damned if people weren’t going to take me seriously as a future pop star.

The months went by and I honed my craft; performing a solo at the school assembly and submitting an application to Stars in Their Eyes were among the highlights. I struck power poses in the mirror and practised harmonizing with my Spice Girls CDs, not forgetting to extend my repertoire to other genres by including tracks by other 90’s favourites such as Eternal, Blur and Chumbawumba.

When I wasn’t singing or practising walking in platforms I often wrote a diary. I can only hope that they are lying in a landfill somewhere with their tiny little padlocks still attached, never to be opened. I also remember being shown how to use a typewriter, and later my Dad’s word processor which he kept in his home office.

Although writing a diary had been enjoyable, it was a hobby at best. Sitting there in front of a computer screen, tapping keys and looking pensively into the distance in between typing seemed more official somehow. It seemed like a job I could do.

I wrote a lot of nonsense. The kind of stories that started with a kid unlocking door and ended with him jetting off in a flying inflatable swimming pool. I would start writing and I wouldn’t stop until I had exhausted my imagination, swept out every nook and cranny of my mind and dumped it onto the page.

Looking back now it was probably a great exercise for anyone with ‘writer’s block’ and it’s kind of how I tackle blogging now, especially when it comes to personal topics. The key factor is knowing what to cut out of the nonsense you’ve just created. However, at nine years old I had not yet learned how to edit my work.

A few years later I was asked what I wanted to do with my life. It was our leaving assembly for primary school, and we were to speak in front of the audience and explain my future plans. We had to draw a life-sized picture of the uniform we would wear, and hold this up whilst we gave our speech, giving the illusion that we were wearing the outfit. I’m pretty sure this is the exact moment in my life when pressure began to weigh down on my conscience, and the voices in my head began to ask “What are you doing with your life?”

Anyway, I couldn’t decide. I loved writing; it was therapeutic,creative and deemed a ‘real’ job in my mind. I’m sure it would go down well with my parents. Being a pop star on the other hand, would be a long hard struggle which would inevitably end in disappointment, drug addiction or maybe both. But surely my years of performing (in my bedroom, but still performing) hadn’t been in vain? All for nothing?

I must have expressed my dilemma to my teacher at the time, because what resulted was definitely not something I would have concocted all by myself. I drew a figure that was an author on one half, and a pop star on the other. I remember thinking this was a great idea, but then realising at the assembly I was the only one who couldn’t decide. I was the only person there with a career choice, a future – split down the middle. My only comfort was that my speech evoked a few laughs – which I took to be a good thing – and sparked a fleeting idea that I could become a comedian – although I don’t think I was really committed to that plan.

You may have already guessed, I did not fulfil my childhood dream of becoming a pop star author hybrid. I spent many years singing publicly and was in a band for a while. I was known at school as “that girl who could sing”, and ended up studying music at university although I realised the industry wasn’t for me. I still get asked why I don’t sing any more; I guess with adulthood I lost my confidence and performing is just not something I enjoy.

Writing however, has been a thread that has weaved its way quietly and consistently through my life. Even if it never becomes my career, I know I can rely on it as I always have, as a way to clear out my mind and share my experiences with the world.