Why being cool isn’t important to me 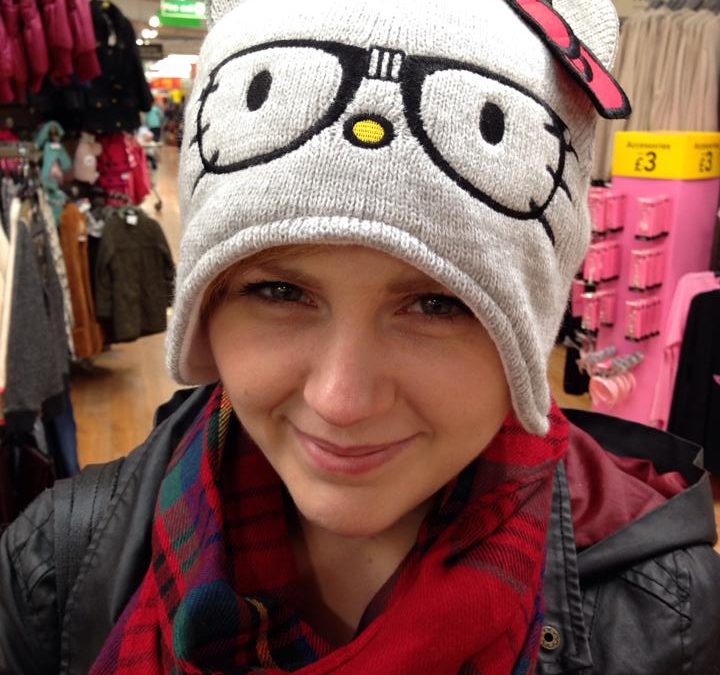 You should know by now that I’m not in the business of setting trends. When I’m not wearing my ancient Adidas track suit bottoms I’m rarely in anything other than New Look leggings and a Primark t-shirt. Truth be told I’ve been wearing Birkenstocks for a few years now and I was kind of offended when people started wearing them this summer because they’re considered ‘cool’ now.

You mean they weren’t cool all this time? They are super comfortable and good for your feet! How is that not the ultimate checklist for best shoes in town?!

I’m not bothered though. I’ve come to terms with not being cool. I love reading blogs by all the trendsetters of course; their mason jars overflowing with fruit smoothies, with fresh raspberries and mint leaves scattered seemingly at random in the background, whilst each selfie showcases a stunning new outfit c/o some high-end designer featuring yet unreleased skin care ranges which they’ve had the pleasure of road testing.

I love reading those blogs, to see new things tried out by someone with bags more style than me. It gives me inspiration to be more adventurous in the kitchen, try new trends and create new posts for my own blog. But I’m under no illusion that I am one of those people.

When it comes to fashion I’ve had my fair share of disasters. I championed the ‘skouser’ in its heyday back in the 90’s with much commitment and was kind of obsessed with looking like a Spice Girl. Yeah, I wore platforms. I wore a homemade Boyzone denim jacket (not as complicated as it sounds – basically a denim jacket with the word BOYZONE emblazoned across the back) and chose a floor length maxi skirt to wear to my first year at high school along with a Shaun the Sheep backpack and T-bar high heels for good measure. Considering I was already the tallest and plumpest girl at my primary school five-inch heels were not helping me blend in with the cool crowd.

By aged 18 I was firmly in my rockstar phase, sporting a band t-shirt, lip piercing and sticky-out tongue in most photos taken between 2004-2007. Was I trying to be cool? Probably, and it wasn’t really working. I was secretly listening to Coldplay, Ashlee Simpson and Kelly Clarkson whilst wishing I could find the confidence to wear a dress and heels out at the weekend.

Years passed and I met people who were really into being ‘effortless’, ‘on trend’, and ahead of the game. No one mentioned the fact that they were trying to do these things; it was just glaringly obvious. All of a sudden I saw that it was actually OK to not be like that. A lot of the time people basically wear the uncoolest thing possible in an effort to seem like they truly don’t care. I mean, people have been wearing bumbags and crimping their hair this summer. Come on guys, we’re actually old enough to remember those trends when Clarissa wore them first time round.

So instead of doing something because it’s cool (or ‘not cool’ in an attempt at some sort of sarcastic statement) I started doing stuff because *gasp* I wanted to. High waisted jeans are in fashion; more room for my belly – score. My favourite Community character is Britta. So I’m officially ‘the worst’. I like buying clothes in Marks & Spencer because they’re not as expensive as you might think and the quality is genuinely better than most.

I don’t drink alcohol because hangovers are seriously depressing. Buying new tupperware and stationary excites me.I don’t buy branded gym gear because my mum gives me her old stuff and I can’t afford Nike. OMG. I think music festivals are a ridiculous waste of time and money and would much rather watch my Neil Young DVD at home with mismatched Matalan pyjamas on. Matalan is another highly rated clothes shop in my opinion.

Do people look at me and want to be me? Probably not. Even if they did, it would be for all the wrong reasons; my outgrown pixie crop is starting to accidentally look too Miley Cyrus for my liking and my trousers are so old they look like the worn in ones you buy off the peg from Topshop. But no one cares. They’re too busy thinking about their own style and no substance to consider anyone else. The people who really matter are dressed like shit but have hearts of gold.